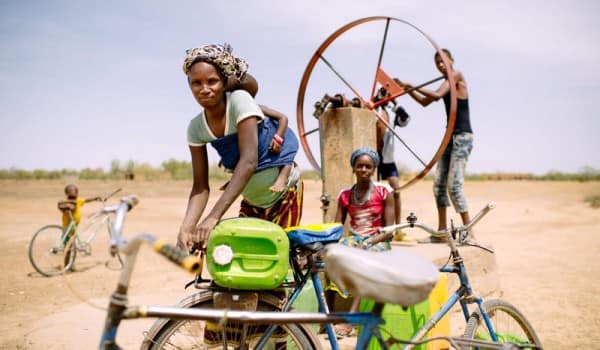 Climate change and human rights may seem to have little in common. But the harm that climate change causes can directly prevent people from enjoying their fundamental rights to life, water and sanitation, food, health and development.

That’s why the UN Human Rights Council should add its voice to calls for a binding and fair global climate agreement, when it examines the relationship between climate change and human rights at its 28th regular session this week.

Reaching an equitable and mandatory agreement at December’s climate negotiations in Paris is especially crucial for Africa, where the enjoyment of basic human rights remains a luxury for many.

Africa is the region that has contributed the least to climate change but is suffering the most from its effects. As the vice chair of the Intergovernmental Panel on Climate Change has noted, “Africa’s higher vulnerability to negative impacts of climate change has placed new hurdles in its quest to grow the economy and eradicate chronic poverty, hunger and disease.”

Redressing this deeply unfair situation is a global responsibility. In Africa, as nowhere else, “climate justice” is a matter of urgency

For those who are suffering from the negative effects of global warming every day, climate change is not just a theory, it is a painfully unfair reality. Farmers from Sahel countries who can spend half a year expecting a single drop of rain know that climate change has already led to recurrent droughts. In 2012, a food crisis in the region affected 18 million people, according to the United Nations.

At the same time, plantations in coastal countries often incur frequent losses of their production due to heavy rains that come unpredictably at the end of the season.

African countries that hold a mandate at the Human Rights Council should spell out in strong terms the compelling case for helping Africa cope with climate change.

Climate experts at a recent meeting convened by the Africa Progress Panel recommended that in the run-up to December’s climate talks, African governments should push hard for emissions reductions that limit average global warming to a maximum of 2˚C. Furthermore, African states should emphasize that:

By pushing for a fair global climate deal, the UN Human Rights Council can make a significant contribution towards the realization of human rights for all. In the same spirit of fairness, developed countries should support the rights to life, water and development in countries that are the most vulnerable to the effects of climate change.

There is a lot at stake. If developed countries protect their own citizens while turning a blind eye to the needs of those most vulnerable to climate change, they risk what Archbishop Desmond Tutu has called “adaptation apartheid”