Cryptocurrency or Virtual Currency: Goodbye to “cocsers”, Welcome to the “Democratized”!

Cryptocurrency or Virtual Currency: Goodbye to “cocsers”, Welcome to the “Democratized”!

Facebook officially announced a new digital currency called Libra on Tuesday June 18 2019. Bitcoin, Libra, cryptocurrency, blockchain are all concepts, which make the headlines, but we are not aware of their ins and outs.  Even though they are daily "buzzwords", it is difficult to clearly understand them. With the rapid technological boom, it is worth exploring this new development. Surprisingly, the development of Shared Web hosting did not only result in the emergence of social media, it introduced a virtual currency, which was a nightmare for many bankers in the beginning.

Today, as we witness an absolute technological boom, it is worth raising the right questions about this new currency. Will cryptocurrency replace traditional fiat currency in the long run? What could be its benefits? Will cryptocurrency ensure total security of transactions? Let us explore the so-called virtual currency.

With constant created jargons by experts, browsing Websites one after the other to get a simple and concise definition of cryptocurrency is not a piece of cake. Among the complex and highly technical definitions, the following appears to be understandable. Cryptocurrency is a digital currency, which is exchanged through a centralized system known as blockchain. Even with this definition, the term "blockchain" still comes in.

Cryptocurrency started with blockchain, which was introduced by Satoshi Nakamoto

According to Crypto Actu, blockchain is a method of sending, storing and verifying data in a mathematical and decentralized way. Its mode of operation is unprecedented to say the least. "The Blockchain network is made up of multiple people known as miners (now several hundred thousand) responsible for verifying transactions and computing a block. Once the block is validated, it is connected to the previous ones," explains Crypto Actu. Concretely, miners cannot forge any transaction because they should be validated by others and nobody has the monopoly to do so.

Clearly, with the blockchain technology, you no longer need a bank to transfer money to your son who is in urgent need or to send money to your subcontractor in Dubai. Simply put and metaphorically, 'cocsers" are no long needed (they are facilitators and therefore third-party intermediaries in the public transport system in Africa) when travelling from Bobo-Dioulasso to Hamélé (Ghana).

Based on the above, cryptocurrency did not come from scratch! It is closely linked to blockchain, a technology known to be reliable and thus gives value to cryptocurrency.

Satoshi Nakamoto is the original but invisible developer of blockchain, created in 2009. His aim was to show that digital transactions are possible without banks and for free. It is therefore a decentralized system, which is not controlled by any central authority and does not need any administrator.

Bitcoin as the First Cryptocurrency in the World...

Bitcoin will be the first currency and most important cryptocurrency in the world. It is the first Blockchain application. There are also other currencies and the most common ones are SiaCoin and Ethereum in addition to Dash,Zcash, Litecoin, Melun, Argur, etc. 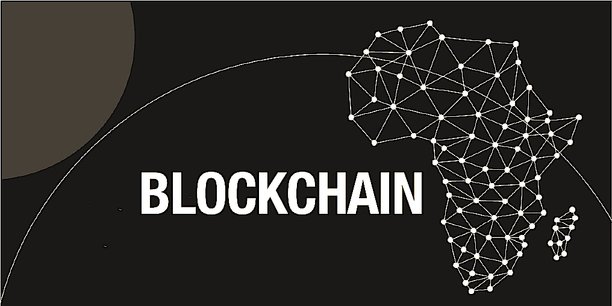 Today, many transactions are made using Bitcoins and cryptocurrency can be purchased from several Websites. For instance, Yanfoma, a company set up by a young entrepreneur from Burkina Faso living in Taïwan, suggests cryptocurrency as a method of payment to its customers.

Should we then assume that cryptocurrency does not have any limitations because almost everybody is obviously moving towards this virtual currency?

Cryptocurrency is still facing its initial challenges, which include its volatility, its energy consuming nature and the fact that it is less known

First, in addition to its volatility, cryptocurrency is not universally accepted in the world.  In fact, you might have billions today and nothing tomorrow. However, some countries have adopted regulations, which minimize losses, such as Stop Loss in France.

Moreover, few people receive training on cryptocurrency. Consequently, the majority of people are still reluctant to use this virtual currency. Still worse, today, transactions are irretrievable.

Lastly, cryptocurrency is energy consuming. In fact, it requires energy-intensive mining operations even though research is ongoing to find mechanisms, which could reduce the energy consumption.

Could « Soir du digibusiness » be the pioneer of cryptocurrency?

This Talk Show is an opportunity to reflect on the benefits of cryptocurrency for Africa because Africa is definitely affected by this tangled set of technologies.  Could this be the death knell for traditional banks, especially since online banks are increasingly set up in the West? How can people throughout the world contribute more to the evolution and democratization of this technology?

How can young entrepreneurs anticipate on this currency? The " Soir du digibusiness " Talk Show organized by Afrik Eveil Foundation  on Saturday July 6, may have the merit of being the pioneer of cryptocurrency.