Post-Election Mauritania – Is this the Best Time for Fishing? 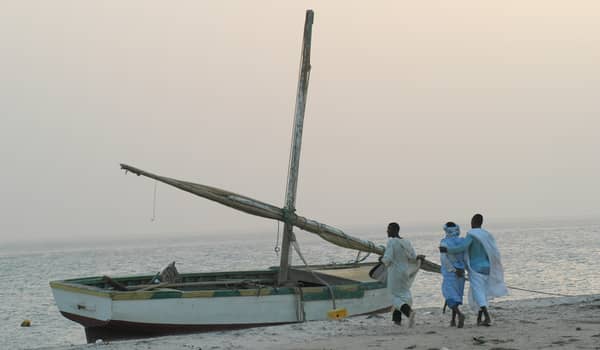 Post-Election Mauritania – Is this the Best Time for Fishing?

Mauritania, which held an election last Saturday June 21, has some of the world’s most abundant fish stocks; but few of the country’s 3.5 million population have benefitted either from export earnings or from food security, according to this year’s Africa Progress Report, Grain, Fish, Money: Financing Africa’s Green and Blue Revolutions.

Fishing along Mauritania’s Atlantic coasts should generate significant income, but fishing agreements with Mauritania’s partners are yet to yield any significant benefits, whether measured in terms of export earnings or national food security, according to the report.

Mauritania’s fisheries are yet to benefit the country’s citizens. At least part of the reason is that the government has not been able to effectively monitor its fishing agreements with foreign governments. Less than 10 percent of all reported catches are unloaded in Mauritanian ports and a much smaller percent is processed locally.

Mauritania’s political leadership must ensure that local communities benefit more from fishing. Mauritania should be a shining beacon for the Atlantic Ocean, an example of good governance in the fisheries sector. Good governance is critical. This is also true of Mauritania’s other sectors, including its extractives sectors.

Mauritania is Africa’s second largest exporter of iron ore, for example, and has significant potential for increased mineral production, according to the World Bank. The 2013 Africa Progress Report, Equity in Extractives: Stewarding Africa’s natural resources for all, found that while oil, gas, and mining have driven rapid economic growth in Africa, the benefits of this growth have not yet reached enough people.

Poverty still affects a major part of Mauritania’s population, particularly in rural areas. The main constraints to poverty reduction include a weak rural economy, a dependence on capital-intensive sectors such as mining and industrial fishing, a political economy which works against the fair distribution of resources, and a vulnerability to both environmental and economic shocks, the World Bank says.

Grain, Fish, Money finds that with two thirds of African populations depending on agriculture and fishing for their livelihoods, boosting these sectors will be an effective strategy for the reduction of poverty and inequality.