Youth Empowerment in Africa as a Solution to Unemployment!

Youth Empowerment in Africa as a Solution to Unemployment!

The economy of most African countries is still dependent on foreign aid.  Indeed, youth unemployment is on the rise and actions taken by governments to address the issue seem ineffective. For Afrik Eveil, youth empowerment should be encouraged.

African countries are developing community-based mechanisms through institutions such as the West African Economic and Monetary Union (WAEMU), ECOWAS or CEMAC to boost their economic growth. The implementation of these mechanisms has slightly increased the growth rates for each country. According to the World Bank report, « Africa’s Pulse », economic growth in Sub-Saharan Africa is expected to increase to an average of 3.6% in 2019-2020. However, this rate is below the population growth rate and insufficient to achieve development objectives. In fact, youth employment remains a topical issue in these countries. The Observations by Voix d'Afrique N°94 present figures, which clearly describe this situation: "Between 7 and 10 million young people enter the labour market each year in Sub-Saharan Africa. Barely 10% of this population find jobs that match their skills. Among this group, there are increasingly graduates, whose number have more than tripled from 1.6 million to 4.6 million between 1999 and 2009. This figure is expected to double in 2020, representing 9.6 million young people".

This situation is similar particularly in Burkina Faso, with a very high unemployment rate of at least 6.6%. This rate is much higher among the youth, reaching 8.4%. It should be further mentioned that this country is ranked 188th in the world.

This worrisome situation prompted the government of Burkina Faso to initiate the Special Job Creation Programme for Youth and Women (PSCE/JF) in 2012, in order to address youth and women unemployment by financing the relevant projects.

Our focus should increasingly target youth empowerment given that currently, it is extremely necessary to encourage personal initiatives. As a matter of act, the government of Burkina Faso is a major source of employment. According the online newspaper, sidwaya, of 4/05/2018, only 6668 positions were available in the public service for the 1,300,000 candidates that applied to the public service in 2018. 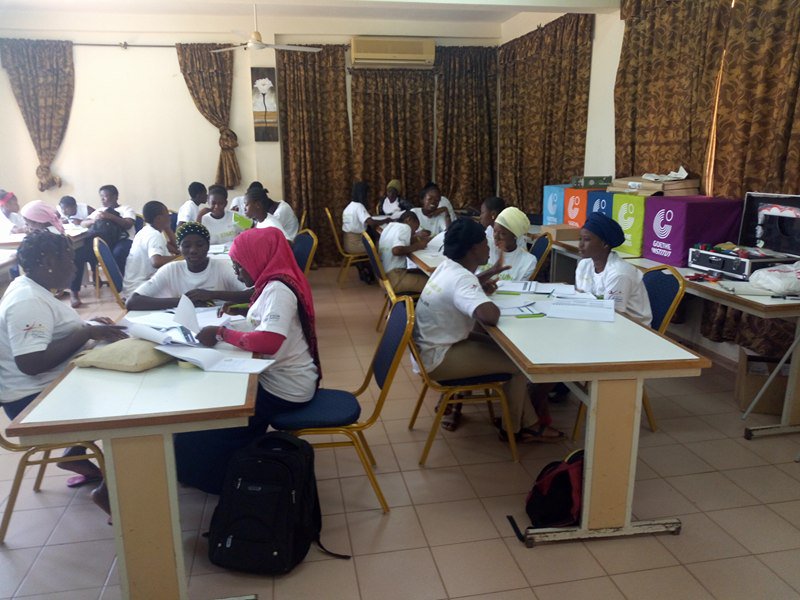 Based on this alarming situation, it is crucial to re-adjust the education system to fit the trends of the labour market. This can be done by focusing on vocational training because today, young people need the necessary skills to be efficient in labour market sectors other than in the public service sector. There are many talented young people, but they finally give up their dreams due to lack of training or support. Therefore, youth empowerment is undoubtedly one of the keys to the economic development of a country like Burkina Faso. The private sector should also play a key role in this process. In this respect, incubator projects supported by Afrik Eveil Foundation are a practical alternative to youth training and show that this foundation is committed to promoting entrepreneurship. As a laboratory of ideas and initiatives, its main area of intervention is to support youth people with business ideas and to awaken the spirit of entrepreneurship in them, especially in educated young people.